« The windows showed erratically spots of burning fire, the elbow of one branch, and then some tranquil space of pure clarity. The blind hung red at the window’s edge and within the room daggers of light fell upon chairs and tables making cracks across their lacquer and polish. The green pot bulged enormously, with its white window elongated in its side. Light driving darkness before it split itself profusely upon the corners and bosses; and yet heaped up darkness in mounds of unmolded shape. » – The Waves, Virginia Woolf

When I worked on my proposition to the Meijburg Art Commission, I specifcally focused on the architecture of the offce. What intrigued me was the number of the windows and the multitude of refections created on their surface. To enhance my research, I decided to visit the building to get a clear vision of how light transitions outside and inside of the building. While observing these multiple refections and transfguration of light, I started to think of time/space and light overlaying : morning, noon and evening. Is it possible to have experiences that are multi-layered with regards to the relationship between the viewpoint and the object? Is it possible to have multiple viewpoints within the same image as it relates to both time and space – is time and space separate or even separable?

I felt grateful when I got this opportunity to create a site-specifc art project and pursued the building exploration, including the rooftop. I visited the building several times at different times of the day in order to capture the sun’s full path. In the morning, the refections are more delicate and detailed, during the daytime, the light piles up in layers, and it changes into a large mass with the silhouette of the employees who are in line at lunch, but circa 4pm, it turns to a contrasted golden light and becomes a shadow play. Among the innumerable refections in the building, I focused on the elevator and the meeting hall since it had complex refections closest to my vision. In the end, I shot around 1,600 fragments and I used most of them to construct the fnal digital image.

My frst idea was to use acrylic plates and a pewter pigment. But after numerous experiments, I started to reconsider my initial plan and used glass plates instead for their stability. I also used a gold paint as it refects more sunlight and it evokes the 4pm refection on the windows, which is the most striking memory I have of my time there. As I combined two manual techniques (Cyanotype & Orotone), the fnal result relies on a chemical reaction which reduces the amount of control on elaborating each of the 49 glass plates that compose the fnal image. Therefore, the fnal work is a combination of 49 glass images covered by a protection glass which causes a double refection that will never be able to be reproduced again, thus rendering it unique.

“Work in progress” article about this project by Unseen Magazine: HERE 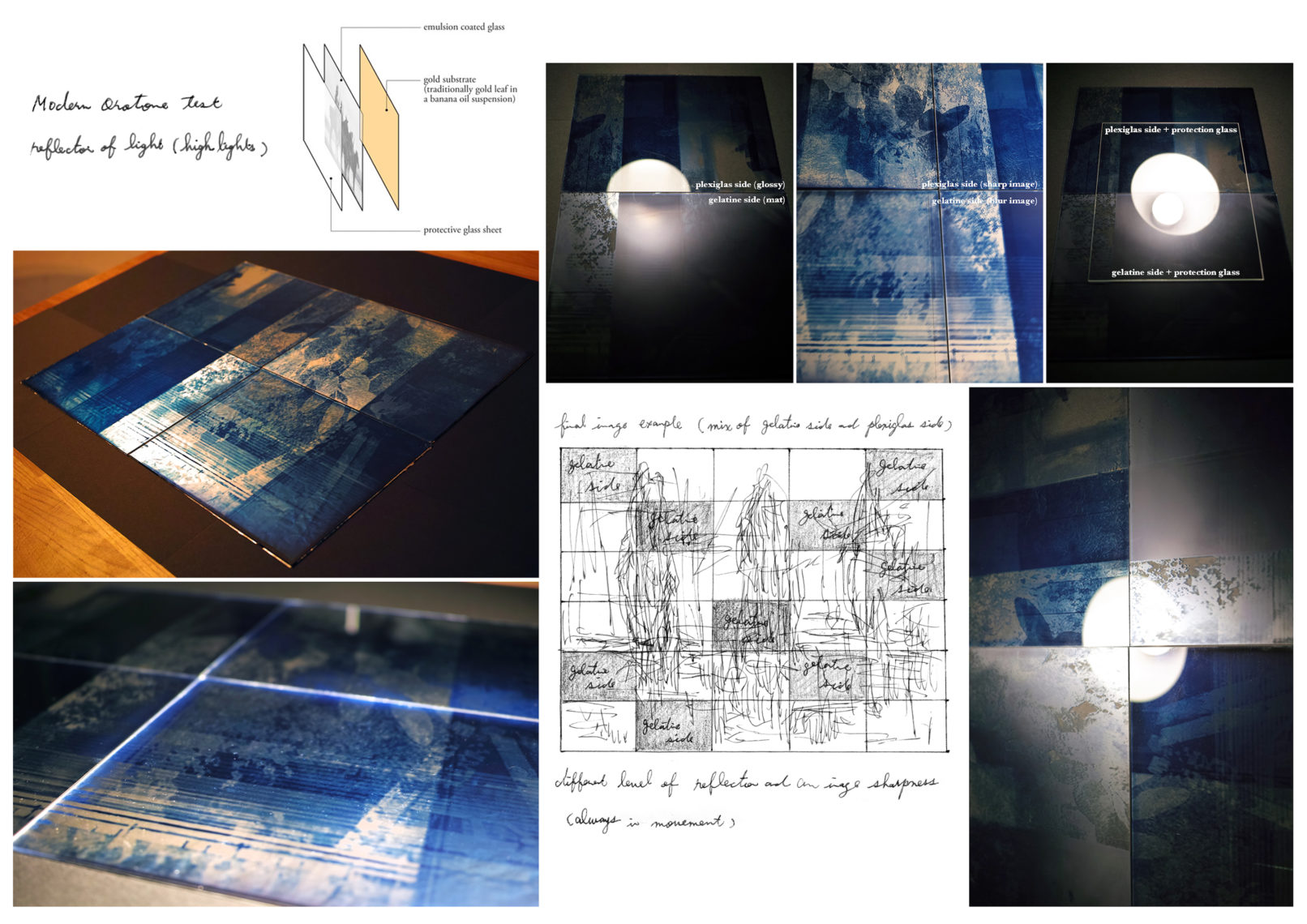 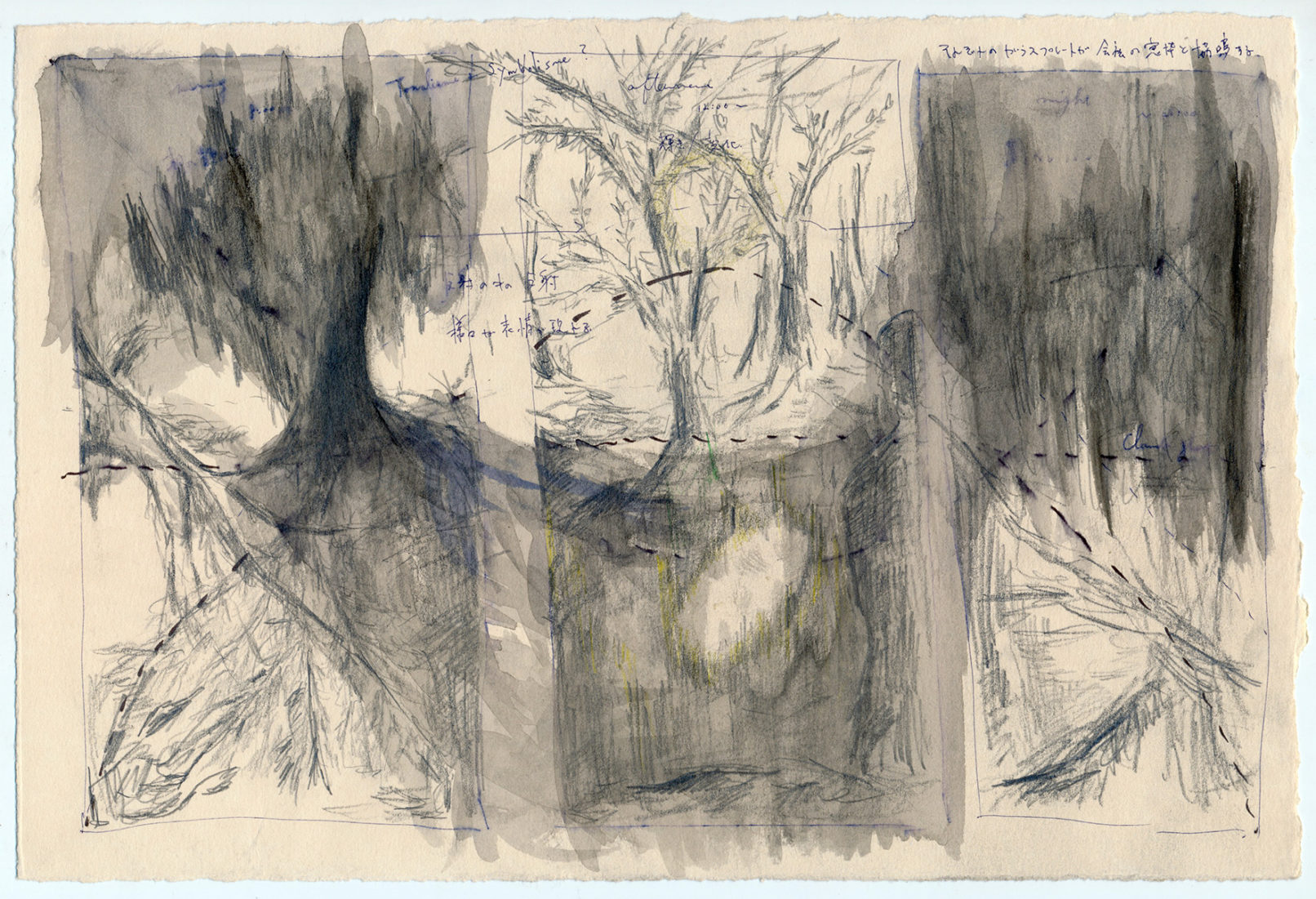 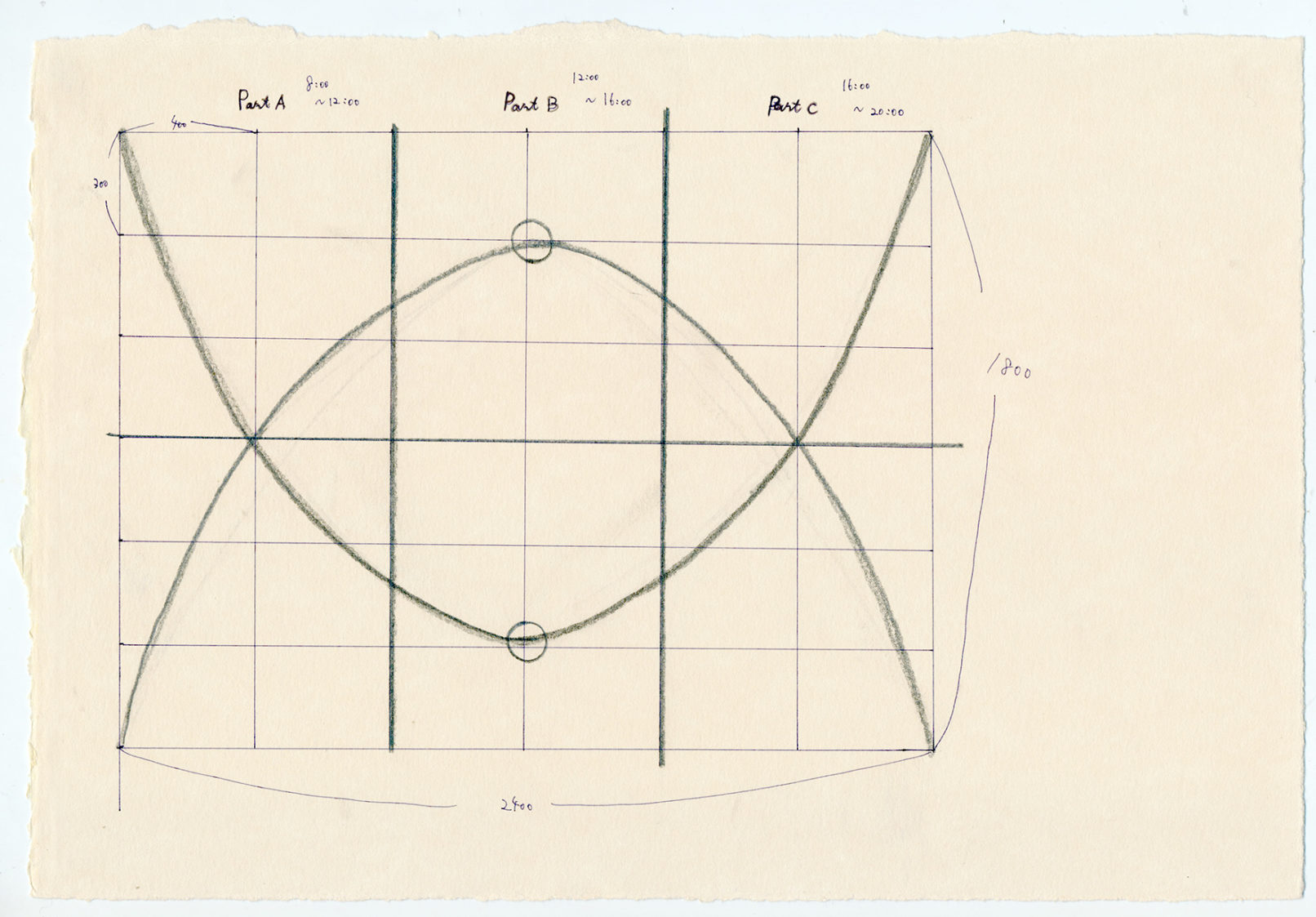 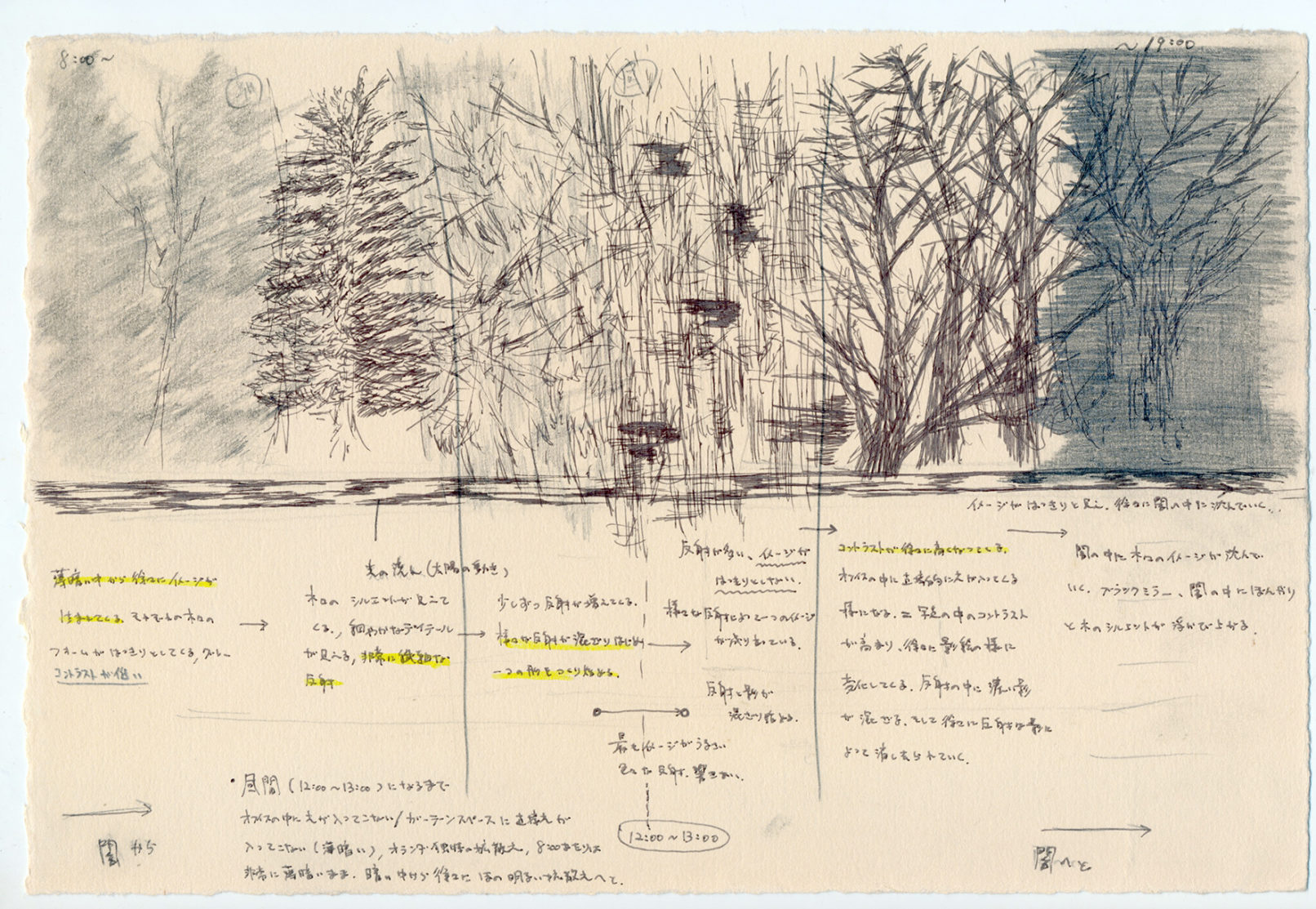 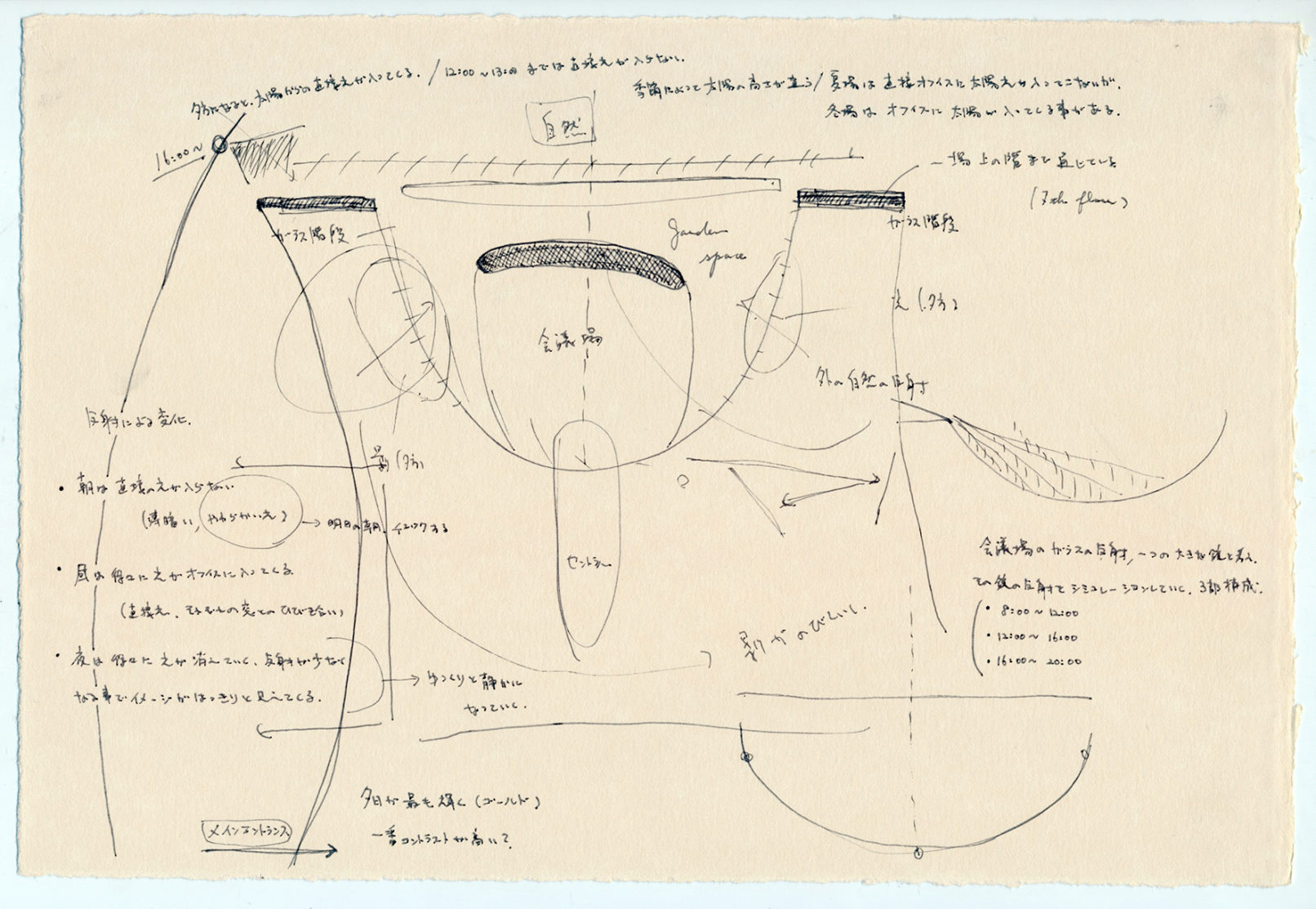 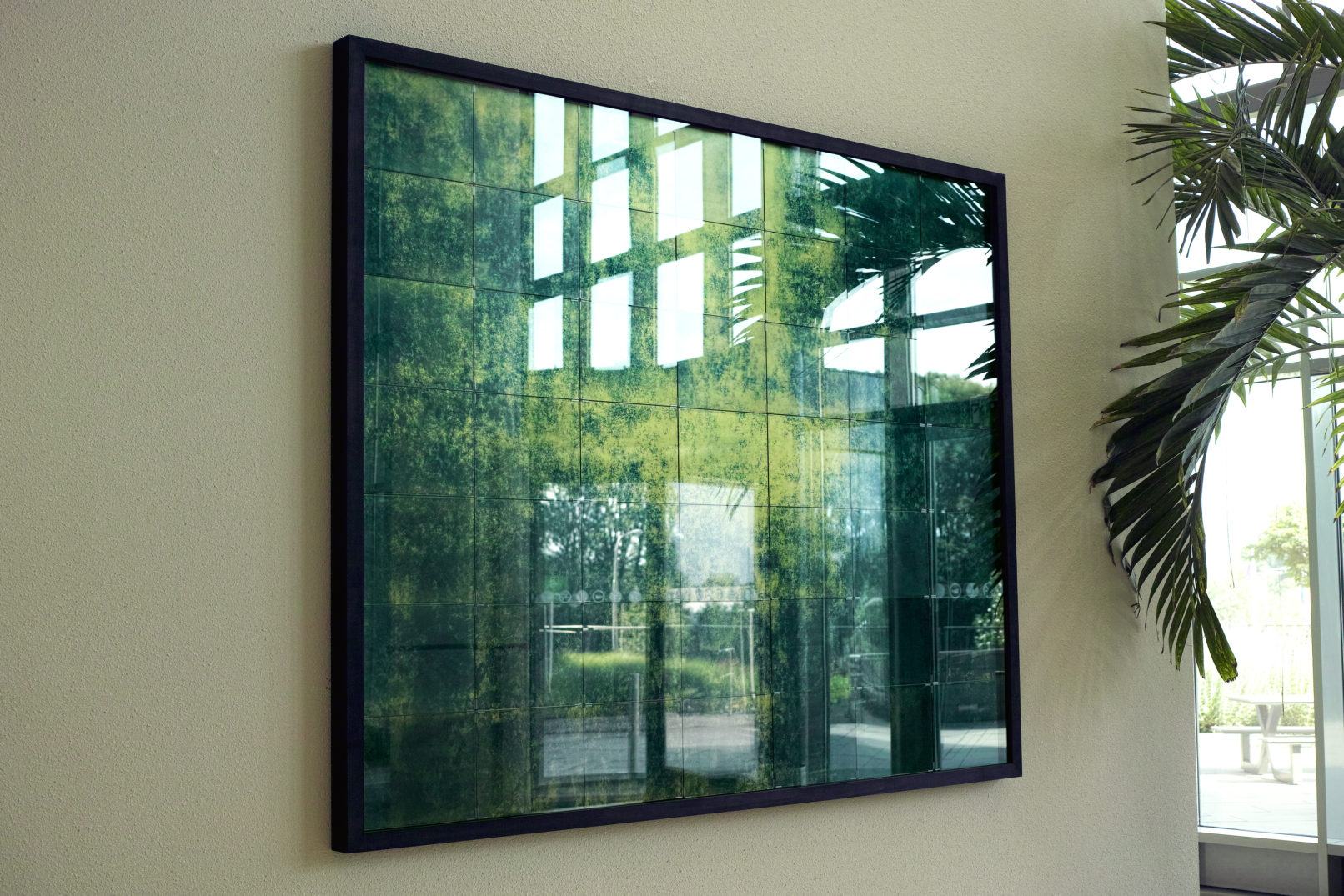 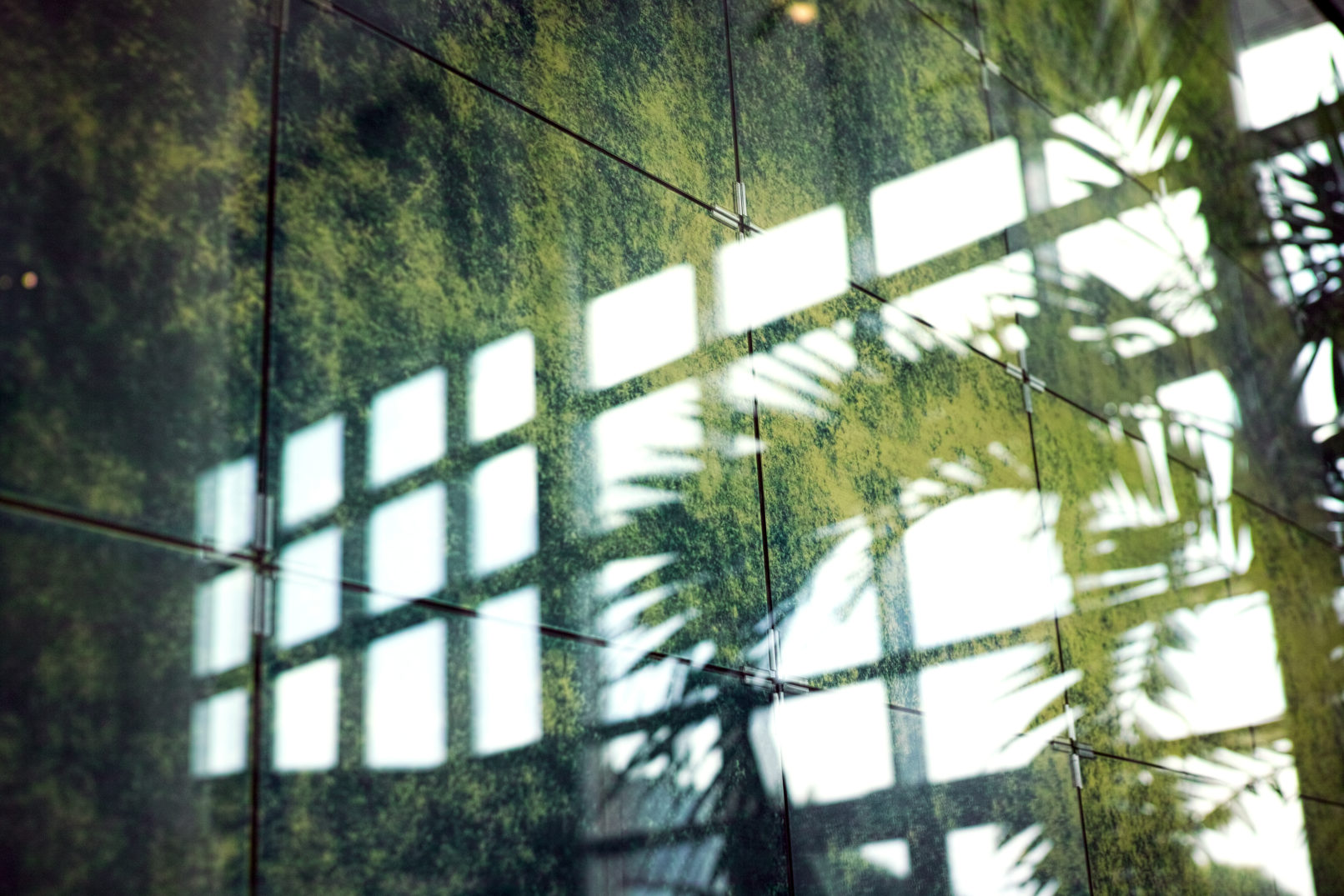